Stamping Out the Stigma of Mental Illness

I don’t get it.
It’s not a big deal.
I have depression.
I was diagnosed with it over twenty years ago.
I take medication to replenish my brain chemistry with serotonin and I have been in talk therapy too. My life is meaningful and I have a sense of contentedness because of the combination of these therapies. It’s not a mark of shame or a character flaw that I have depression. It’s a genetic, biochemical, physiology illness. I just wish the rest of the world could learn the facts correctly.

The Myths that Society Holds About Mental Illness [1]

Even though technological advances have proved that mental illness has physiological origins, much of the world continues to hold disparaging views on the subject. These myths need to be discredited so that those who experience mental illness can come out of the shadows and pursue the treatment(s) that will give them a greater quality of life.

MYTH: Mental illness does not strike the "average person."
FACT: Anyone can potentially develop a mental illness, no matter sex, age, race, or economic status.

MYTH: If someone looks or acts odd it means that you need to be concerned about the potential for violence.
FACT: Contrary to popular beliefs, individuals with mental illness are no more prone to violence than the general public, and in fact, are more likely to be the victims of violence than the perpetrators.

MYTH: Mental illness is a result from a personality weakness or character flaw, and people could just snap out of it if they tried hard enough.
FACT: Mental illness has nothing to do with being lazy or weak. It results from changes in brain chemistry or brain function. Medication and psychotherapy often help people to recover.

MYTH: Depression is a normal part of the aging process.
FACT: It is not normal for older adults to be depressed. Signs of depression in older people include loss of interest in activities, sleep disturbances and lethargy. Depression in the elderly is often undiagnosed, and it is important for seniors and their family members to recognize the problem and seek professional help.

MYTH: If you have a mental illness, you can will it away. Being treated for a psychiatric disorder means an individual has in some way "failed" or is weak.
FACT: A serious mental illness cannot be willed away. Ignoring the problem does not make it go away, either. It takes courage to seek professional help.

It is the 21st century, and though evidence-based research has shown us that mental illness is a real medical disorder, stigma is on the rise instead of on the decline. David Satcher, Attorney General of the United States writes, “Stigma was expected to abate with increased knowledge of mental illness, but just the opposite occurred: stigma in some ways intensified over the past 40 years even though understanding improved. Knowledge of mental illness appears by itself insufficient to dispel stigma.” [2]

It is an undisputed fact that individuals who experience mental health issues are often faced with discrimination that results from misconceptions of their illness [3]. As a result, many people who would benefit from mental health services often do not seek treatment for fear that they will be viewed in a negative way. The World Health Organization agrees and says that in the 400 million people worldwide who are affected by mental illness, about twenty percent reach out for treatment [4]. The World Psychiatry Association began an international program to fight the stigma and discrimination many people hold toward individuals who have mental health issues. The 'Open the Doors' program has since been implemented in more than 20 countries and involved roughly 200 different anti-stigma interventions [5]. But more needs to be done.

I have spoken and written about the stigma of mental illness, offering my views professionally in the field and personally as an individual with depression. I have been grateful for the academic journals that have published my work, and the numerous media agencies that have reached out to me as an expert in this subject area. I have also consulted with writers and journalists to ensure that mental illness and psychological issues are properly depicted in fiction and non-fiction work. These venues are very signficant in educating the public about mental illness.

But there are many ordinary moments that allow me to correct ill-formed views. I find them at the bus stop, the supermarket, on the bank teller's line, at social gatherings, and even in professional conferences. Whenever I hear misinformation about mental illness, hear a joke or a derogatory remark, with tact and sensitivity I correct the situation. These teachable moments make me feel that my voice, though singular, can raise awareness. I don't hide in shame or recoil about my circumstances. Instead, I am confident and brim with information to help others realize what is so wrongly represented in our world about mental illness.

It is my personal hope and my professional goal to keep the anti-stigma momentum going. 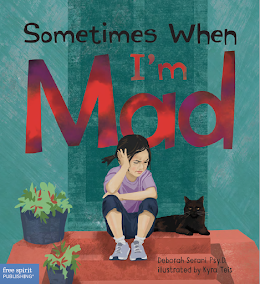