In the upcoming December issue of Maxim Magazine, Angus Young, lead guitarist of AC/DC, tops the list of the "25 Greatest Short Dudes of All Time," standing tall at 5 feet 2 inches. Former NBA guard Spud Webb (5 feet 7 inches) is Number 2, followed by Napoleon Bonaparte (5 feet 4 inches), at number 3.
Yoda, at number 6, is the shortest on the list, his height approximated at 2 feet 2 inches tall.

Maxim Magazine claims to be helping women "begin a long overdue fight against their genetically determined shallowness when choosing a partner." Other great short dudes on the list are Martin Scorsese, Jon Stewart, Prince, Kurt Cobain and two of the Hobbits from "The Lord of the Rings" films — Elijah Wood and Sean Astin. The tallest "short dude" is Pro football player Doug Flutie, at 5 feet 10 inches, who is ranked at Number 24.

Psychologically speaking, I like to think these these men show the world that altitude is a matter of attitude! 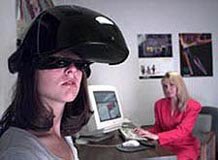 I just attended a conference on Virtual Reality Therapy... a treatment that uses custom virtual environments that have been carefully designed to address a particular anxiety or phobia. Being a lover-of-all-things-new and an member of the geek squad, I could barely hold my enthusiasm for this promising clinical intervention. Right now, Virtual Reality Therapy is a small niche, where several research universities and forward thinking practitioners are using this exposure therapy for anxiety and phobic disorders[1]. 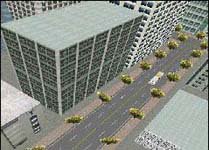 
Virtual Reality Therapy does not only address psychological issues. VRT has also been used in the hospital and medical settings. 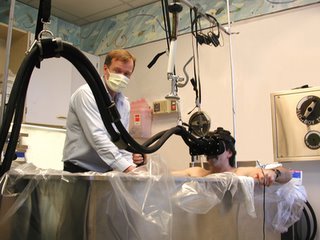 Although this line of research is just beginning (with funding from NIH, the Paul Allen Foundation), results indicate a significant decrease in pain that patients experience[3].

And researchers at Emory University School of Medicine, Virtually Better Incorporated, and The National Institutes of Health (NIH), are testing the use of Virtual Reality Therapy to find out if it can help people with lower back pain learn how to relax, breath properly, and manage their pain [4].